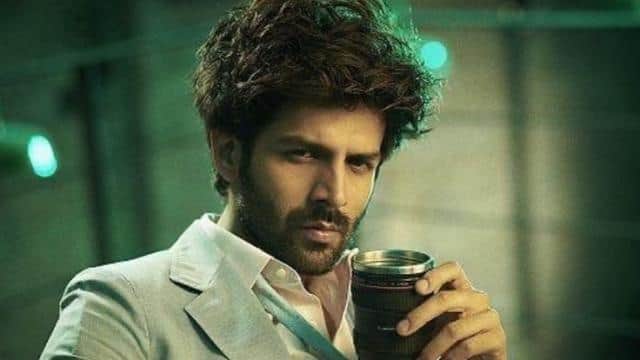 Kartik Aaryan, who made his Bollywood debut with the film Pyaar Ka Panchnama, is celebrating his 30th birthday on Sunday. Karthik Aryan was born in Gwalior, Madhya Pradesh, but reached Mumbai to fulfill his childhood dream. Fans are congratulating him on social media on the occasion of the birthday.

For Karthik Aryan, the pride of millions of people, it was a difficult journey to get a foothold in the film industry. There was a time when they were rejected from outside the studio. He even stayed with 12 roommates to live in Mumbai. Later, by working hard, he made a mark among people. Karthik made a mark in the industry by giving one hit film after another.

After completing his schooling from Gwalior, Karthik arrived in Mumbai for college. In a conversation with Humans of Bombay, Karthik Aryan had said, “I saw the film ‘Baazigar’ in the 9th grade. That’s when I decided that I had to be on that side of the screen. He completed his schooling in Gwalior. After this, I got a chance to fulfill my childhood dream with college education. Reached Mumbai. Used to live in college hostels. There was no experience of acting nor did I have any contacts related to this line. Everyday, Facebook and Google used to put the keyword ‘actor Needed’ and see where the auditions are going on. “

After becoming a mother, Sapna Chaudhary set fire to the stage, said – will not we welcome? Hot dance video viral

Karthik further says that I used to travel for 6-7 hours a week by local train to give auditions. At that time, I used to get rejected from outside the studio many times, because I did not look like that type of character. But I never gave up hope. Soon I started doing TV ads. At that time, I lived with 12 roommates due to financial constraints. Once a friend of mine asked me to do a photoshoot. Said to prepare the portfolio and send your photos everywhere. I did this by collecting the money somehow. Many times I even bunked my college for these auditions and my parents knew nothing about it.

Karthik says that after nearly two and a half years of struggle, I got the film ‘Pyaar Ka Panchnama’. I auditioned for this film not once but many times. When I got the roll I called my mother. He did not believe them at all. My mother was adamant that I complete my degree. I gave exams and started shooting for the film. Once when I sat in the hall of the college, people were photographing me. That feeling for me was awesome. Even after ‘Pyaar Ka Panchnama’, my career was not moving forward. Then the film ‘Sonu Ke Titu Ki Sweety’ changed everything. What I have today would never have happened if I had not believed in myself. I am proud of where I am at the moment.

With the increase in diesel, the ‘journey’ of inflation started again in the country, why are the prices increasing?