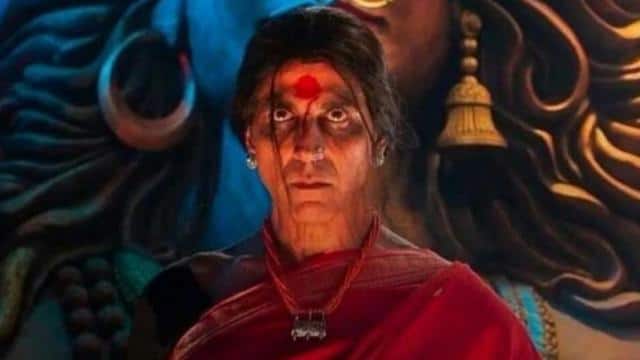 Akshay Kumar and Kiara Advani’s film Laxmi has been released. The film released on Disney Plus Hotstar at 7 pm Monday. Lakshmi is a Hindi remake of the Tamil film Kanchana and is directed by Raghav Lawrence. After watching the film, users are giving their reaction on Twitter. The film received mixed responses on Twitter. Some described the film as superhit, while some did not like the film.

Although Akshay’s acting is getting much praise. Some users have even described it as Akshay’s best performance so far. So, tell you what the reactions have been given by the users.

What a lame movie #Laxmii is. Had to stop it midway only. Unbearable. A disaster writtenn all over it. #LaxmiiReview 4#Laxmmi pic.twitter.com/XrcXBjtixE

#LaxmiiReview #Laxmii
Movie is good but compare to original (kanchana)
BGM is not up to mark
Also they include forced comedy
Except Akshay Kumar and sharad Kelkar
Other characters acting is not good
Rating: 3.5 / 5 pic.twitter.com/2QNP8yJMQZ

#LaxmiiReview @akshaykumar in last 10 min and @ SharadK7 in a monologue are the only shining moment of the whole film
Horror is below average while the most critical aspect of the film [ Comedy] decision of gng to OTT, would have halted Akshay dream run

#Laxmii an amazing movie, 2nd half is too good esp when @akshaykumar turns into a transgender.
PS: This video scene reminded me of Ashutosh Rana in Sangharsh.
Thank you @offl_Lawrence for beautiful direction.#LaxmiiReview pic.twitter.com/2s08K00WYq

Climax of #Laxmii is superb 🔥
Superb performance by @akshaykumar sir 🙏 but dailogue was not good its just okay.
There are some good scene also 💥
And the best scene of last 25 mins full Emotional @ SharadK7 doing best.
My Rating – 3.5 / 5 🌟🌟🌟#LaxmiiReview

It’s a very disappointed .. There is no connection between music and screenplay .. Worst music nd Slow screenplay..Kanchana is better than laxmi @offl_Lawrence @akshaykumar#LaxmiiReview

#Laxmii is no where close to its original.
There is hardly any humor or thrill in the film. One of the weakest films & perfomance of @akshaykumar. Thankfully it’s an OTT release. Or else Distributors would be crying. #LaxmiiReview– ⭐ (1/5) – Waste of Time. @advani_kiara pic.twitter.com/dfYFWCwtGD

The film is being produced by Shabina Khan and Tusshar Kapoor. The film also stars Sharad Kelkar, Aryan Preet, Manu Rishi Chadha, Babu Antony. Let me tell you that the film has been in great controversy before its release. There was a lot of controversy regarding the name of the film. The first film was titled Lakshmi Bomb, which was performed after the protests.

Recently, Akshay Kumar appealed to change the attitude towards the transgender community. He had said, ‘It took a lot of vaccines to avoid sight, now it is our turn to apply the vaccine that changes the outlook. Let’s end the gender stereotype and increase our support for the third gender by adding red dots. This red dot is a symbol of equal love and respect. ‘

Many celebs supported this appeal of Akshay and he supported the transgender community by sharing photos with Lal Bindi. Let us know that earlier Lakshmi was to be released in May, but the release date of Lakshmi bomb was postponed due to corona and lockdown.