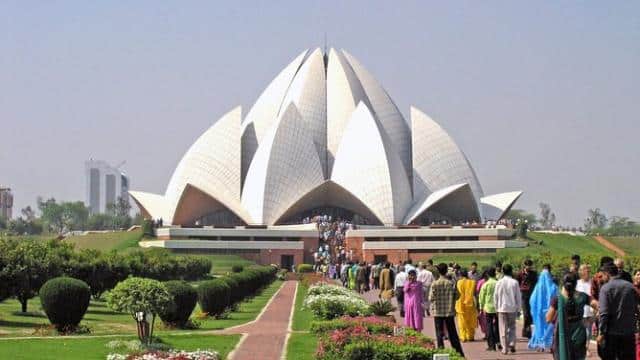 Whether it is Lotus Temple, Nizamuddin Dargah in Delhi or Vasant Kunj Mall, it will be easy to shoot for film and television serial here. Yes, it is a reality. The South Delhi Municipal Corporation (SDMC) has formulated a new policy aimed at promoting ease of doing business and this policy has been approved by the corporation’s standing committee meeting.

For the film and television shooting in the Lutyens zone, the New Delhi Municipality (NDMC) grants permission for shooting at various locations and charges Rs 2 lakh per day for this purpose. The Southern Corporation has jurisdiction over the historic monument Tughlaqabad Fort, Qutub Minar, Nizamuddin Dargah, Lotus Temple as well as malls in Vasant Kunj and many more panoramic shooting spots, but the Southern Corporation had no policy regarding He was able to provide a location for the shooting of film and television serials.

SDMC has stepped up a policy with New Delhi Municipality to provide space for shooting of film and serial for Ease of Doing Business. This policy has been approved by the standing committee meeting. It was told that before taking the location for the shooting, the Southern Corporation would have to pay a fee of two lakh rupees per day. Apart from this, the film producer company will have to pay a fee of ten thousand rupees with the application.

Eating, drinking alcohol and playing music in a loud voice will not be allowed at the shooting location. In addition, the filmmaker company will also have to attach NOC from the Delhi Traffic Police and Archaeological Survey of India with the application. The film cannot be shot without the permission of the corporator.

This is the location of shooting

Gold and silver become thousands of rupees cheaper in one stroke, know how much price